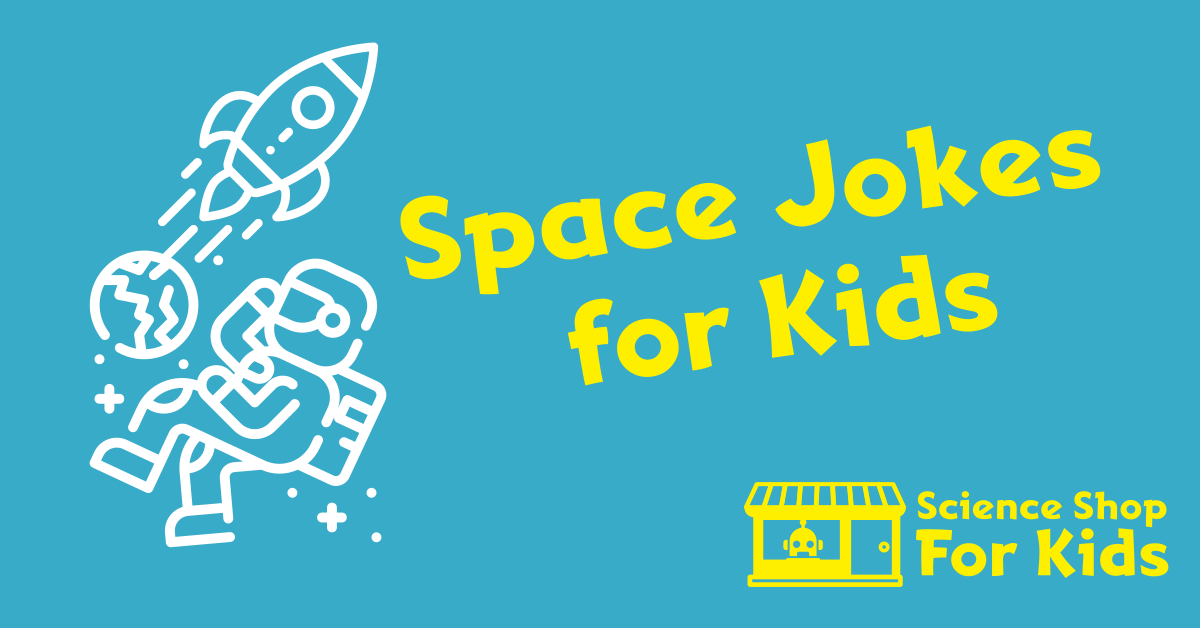 Space jokes for kids brings about laughter and knowledge. Laughing together is a great way to form attraction, loves, and bonds. because laughter is a strong sense of humor. in the sense that laughter bring about healthiness, happiness and responsiveness. We often consider comedy to be a hereditary trait, like blue eyes or huge feet.

If your child shows interest in learning about the space and the planetary bodies from a tender age,

Here is a list of space jokes for kids

• Why was the astronaut unable to book a room on the moon?


• What star put on sunglasses?


• Which key on the keyboard is an astronaut’s favorite?


What is a spaceman’s favorite chocolate?


• What is a tick on the moon called?


• What kind of music is exist on the planets?

The same usual year, but with little calories.


• Why did the cow move to the outer space?

To see the mooon!


• What types of book does the planets read?


• The alien said what to the garden?

Take me to your weeder!

Because they taste funny!


• Where would the space ship of an astronaut be parked?

• The first animal on the spaceship is?

The cow that jumped over the moon!


• What made Venus get an air conditioner?

Because Mercury moved in.

Take me to your litter.


• Why did Mickey Mouse move to the space ship?

Because he was looking for Pluto.


• What is a loony spaceman called?


• What did the alien say after he left the room?

I’m all spaced out!


• What does metric system of aliens says?

Take me to your liter.


• Why do people on the moon not like restaurant?

Because there was no atmosphere.

Can you help me planet?


• Why didn’t the sun attend college? Because it already had a million degrees!


• What was the reason for breakup between?

Because he needed some space.


• Why was the astronaut unable to put the helmet on his head?

Because he didn’t have enough space.


• Why are astronauts not always hungry when they get to space?

Because they had a big launch.


• Why did the rocket scientist stopped the project?

Because he had no comet-ment.


• Why have the aliens not come down to our solar system?

Because Tthey read the reviews: one star.


• The sun was in charge when our solar system was created.

So, the planets begin a revolution.


• I’m currently going through a book about anti-gravity.

It’s impossible to put down.

• Why did the Dog Star laugh not at the joke?

Because It was too Sirius.


• What you need to do when you see a green alien


• The alien said what when he was out of the room?

It was a cat astro fee.


• Upon the fact that space is a vacuum…


• Why did the Americans win the space competition?

Because the Soviets were Stalin.


• . Last week I was talking to an alien from space. I realized they eat radioactive materials. I asked what meal does he like the most.


• What is a lazy man in space called?


• How did the teddy bear cross the road?


• Why is space the most popular tourist center?

Because the view will make you speechless, its breathtaking!

• The first deer in space was?


• If footballers get footballing foot, then what do astronauts get?


• Who has the loosest change in the solar system?

The moon, because it keeps changing quarters


• The doctor said what about the rocket ship?

“Time to get your booster shot!”


• When you cross a rocket and a lamb, what do you get?

Why you must let your kids learn about the solar system


Knowing our cosmic origins can help us comprehend how we came to be and how we can effect the cosmos in the future.
provides kids with the importance of the solar system.


There’s nothing like a quirky teacher to bring a smile to your face.

How to teach your kids with space jokes

Be you: Teachers are ridiculed by pupils, thus the sooner you make fun of yourself, the better. You must be stern and follow your rules.
Be Honest: The finest comedy comes from being honest.

Be weird: Be weird in your teaching

Space jokes for kids aims to educate the world’s children about the wonders of our Solar System. How the planets orbits around the sun, the moon and other satellites etc.