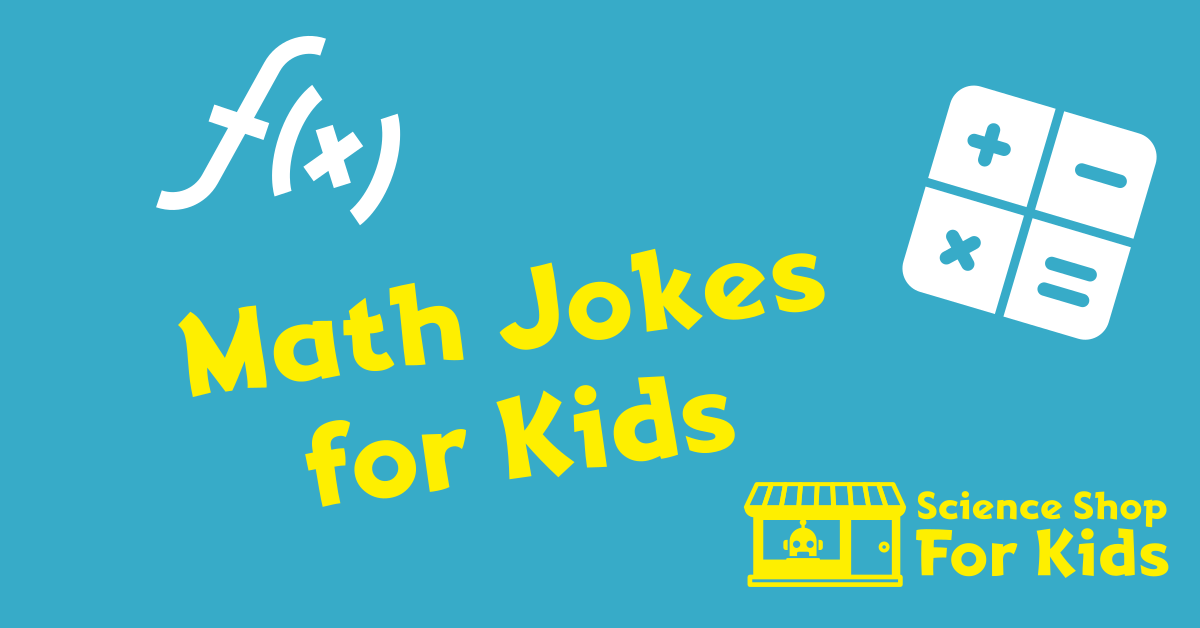 You’ve come to the correct place if you’re seeking funny math jokes for kids that will make your students grin, snort, and LOL. We’ve compiled a list of kid-friendly math jokes and puns that are appropriate for children in primary and elementary school.

The great part is that most of these jokes involve some awareness of arithmetic principles.

So if your kids ‘get’ the jokes, this means they are displaying and consolidating their math knowledge. But, if any of the jokes require explanation, you can help them learn new ideas in a fun way.

Math does not have to be a tedious subject. Including the finest math jokes in your classes might help them become more enjoyable and memorable!

Here are some math jokes for kids.

Now I have beer.

You are supposed to eat three squared meals a day!

He complained it’s too cubed!

They don’t believe in higher powers!

Student: It sounds 4n to me.

Because it comprises so many problems.

Because it would be a foot.

The teacher replied, “I think you’ll have so many problems in the test.”

They come prepared with a double axis.

The king or queen.

It entrusts others to solve its problems.

“This is derive-ing me crazy!”

Because the fishing group comprises a grandfather, his son, and his son’s son – hence just three people.

Both would weigh the same – come on, a pound remains a pound, irrespective of the object!

Because it had too many problems.

Why you should consider using math jokes for kids?

Improves concentration: math jokes for kids improve the concentration of l=kids both in their classes and in their way of reasoning.

Leads to the active participation of students in Math class: Maths jokes give students enthusiasm to participate actively in class, as they all want to be part of the next session of jokes, there is always eagerness, and therefore, it increases their math knowledge.

keeps them entertained and energized through the class: maths makes the kids feel energized all through their class periods.

There are a variety of math games that your kids may play. Students can learn to like arithmetic as early as elementary school by playing games like chess, dominoes, cribbage, checkers, Set, Monopoly, Yahtzee, and backgammon.

When mathematics is applied practically. It becomes fascinating because of its actual application in real life, and our mental IQ is also improved.

At the grocery shop, teach your kids counting. For example, ask your kids to fill the basket with a specified amount of tomatoes. Also, Counting the time it takes to get from point A to point B is simple to do on regular automobile journeys.

Experiment with math in common situations, such as, setting the table with forks, pouring milk from a gallon, and telling the time when your kid favorite TV show starts.

When children discover that math is all around them, they become more relaxed and begin to appreciate its value in their life.

Expose them to money counting

Furthermore, introduce your child to money when he/she is still in elementary school. Collect coins in a piggy bank and have him/her count them out regularly. Allow your child to keep track of his/her allowance, or open a bank account if she receives one.

Math doesn’t have to be boring. Incorporating the best math jokes into your lessons can make them more fun and memorable! It’s always interesting to learn about modern-day strategies for various age groups. It will aid you in assisting your child in learning more quickly. Learn the simple tips first, then demonstrate how to use them with the kids. There is a wealth of material available on the internet nowadays that will guide you through the latest math learning trends