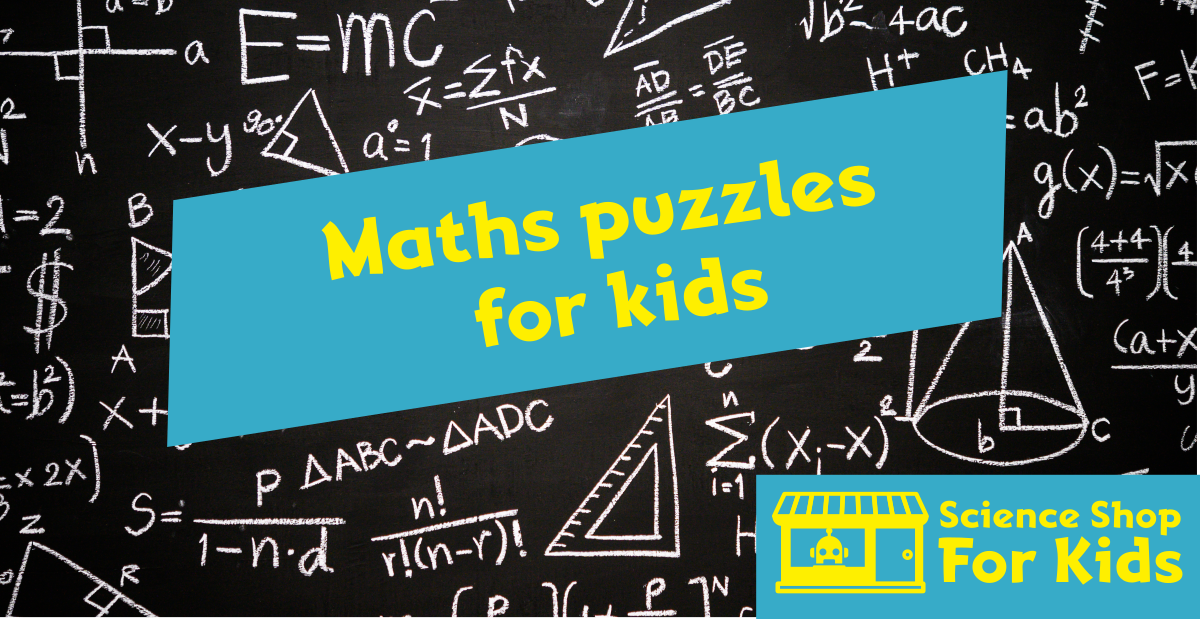 Maths puzzles for kids are one of the most effective – and oldest – ways to engage students. Brain teasers, logical puzzles and mathematical riddles challenge students. It improve problem-solving and logical thinking. They can be utilized in classroom gamification. As well as to motivate pupils to take on problems they previously thought were too difficult.

Take a crossword puzzle and turn it into a math problem: that’s the core idea behind this incredibly customizable math puzzle. Students fill in the vertical and horizontal strips with numbers rather than words. Money, addition, and rounding numbers can all be taught using math crossword puzzles. The products of equations or the numbers provided by clues can be used as solutions.

There are a plenty of methods to incorporate dominoes into your math class. But this puzzle allows students to practice addition and multiplication in a fun, hands-on method. To complete the puzzle, students can work alone or in pairs.

Kenken is similar to Sudoku in that you must arrange counting numbers in squares, but you are also provided boxes with math operation clues. You must use the supplied operation to make the “clue” number with the numbers you put in each box.

Although it appears to be straightforward, your pupils may be stumped. Challenge them to make the fish swim in the opposite direction by shifting only three matchsticks. after they’ve put up the sticks in the proper arrangement.

Students must connect all of the dots in a three-by-three grid using only four straight lines in this puzzle. While it may appear simple, it is likely that your class will need some time to come up with a solution. (Hint: it necessitates some creative thinking.)

Tangram puzzles, is a maths puzzles for kids which originated in China and were transported to Europe via trade channels. In the early nineteenth century, form shadows out of seven flat, geometric objects. Tangrams are often made of wood, but you may make sets for your students out of colorful construction paper or felt instead.
Tangrams are a fantastic tool for children who enjoy manipulating their work. There are thousands of published problems to keep them occupied.

Question: There are 28 days in how many months of the year?

Answer: Each and every one of them! Every month has a minimum of 28 days.

Question: What has hands and a face but is unable to grasp objects or smile?

The answer is a clock.

Question: It is yours, but your friends are the ones that utilize it the most. What exactly is it?

Question: I’ve got a pound of iron and feathers, what should I do? Let me know, please, which one is more heavy.

Answer: They’d both be the same size and weight. Regardless of the type of object, a pound remains a pound.

Question: The answer will always be the same if you multiply me by any other number. Who am I, exactly?

Question: A one-foot-diameter empty basket is available. Can you tell me how many eggs you can fit into this empty basket?

Answer: One Egg Only! The basket will no longer be empty once an egg has been placed in it.

Question: Tom can fit 10 small boxes or 8 large boxes inside a carton for delivery. In one shipment, a total of 96 boxes were sent. There were fewer little boxes than large boxes. How many cartons did he ship altogether?

Two dads and two boys went fishing for the day, but only caught three fish. This was enough for one fish for each of them. What gives that this is possible?

Answer: Only three people were fishing. One father, his son, and his son’s son were present. Because one of them is both a father and a son, this indicates there were two fathers and two sons.

Three positive numbers are provided to you. You can multiply these integers by adding them together. The end outcome will be the same. What are the figures?

Question: What can you put between a 7 and an 8 to get a result that’s higher than a 7 but lower than an 8?

Question: In two minutes, two hens can lay two eggs. What is the total number of hens required to produce 500 eggs in 500 minutes if this is the maximum speed possible?

Question: When is it possible to add 2 to 11 and get the right answer of 1?

Answer: When talking about a clock, subtract 2 from 11 o’clock to get 1 o’clock.

Question: What is the greatest number of times number 5 can be subtracted from number 25?

Many of us can agree that the sense of accomplishment that comes with solving a difficult puzzle is unlike any other. And there’s a good possibility your child will enjoy maths puzzles for kids as well.

Riddles can be introduced to your child for a variety of reasons. Riddles are an excellent technique to keep children’s minds active. They’re also a wonderful way to keep youngsters entertained and learning at home.