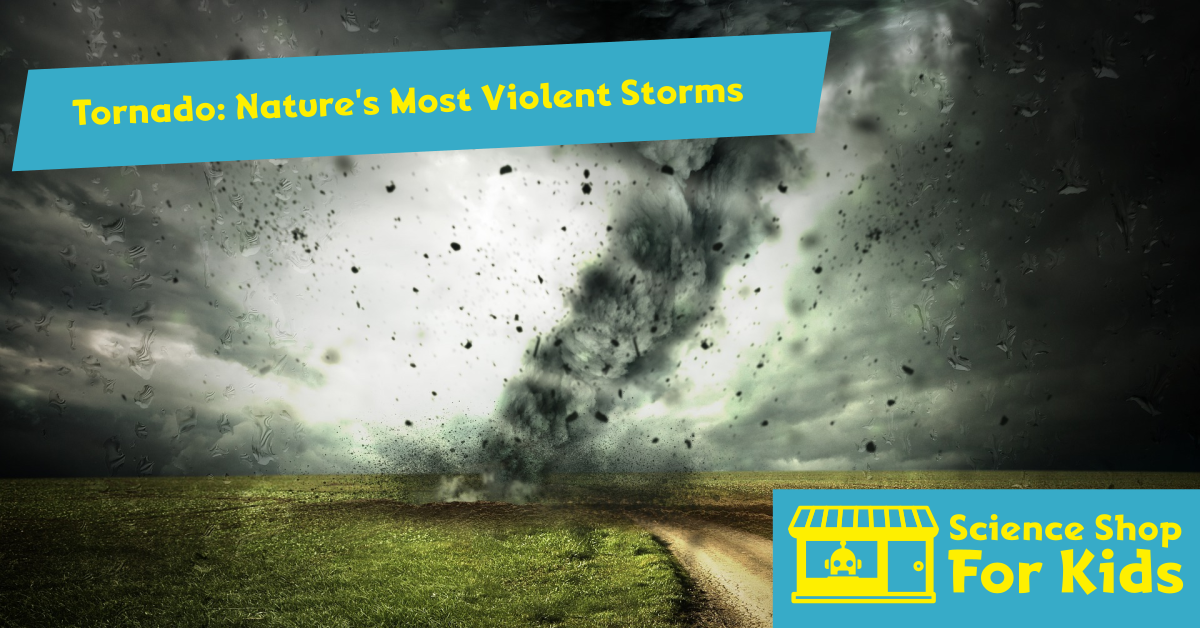 Tornadoes occur in many places all over the world and are one of the most common, destructive forces of nature. Typically occuring in the spring and summer months, Tornados have certain characteristics. They consist of a violently rotating column of air which touches the ground and is often attached to a thunderstorm. Most tornadoes can have wind speeds of up to 300 mph and cause enormous destruction and devastation.

In warm, moist air, thunderstorms form in advance of the cold eastwards. Often these storms create giant grass, high gusts, and tornadoes. Across winter and early spring, tornadoes are typically linked with robust frontal systems. Forming and moving east in the Central States. Sometimes, with this sort of weather system, massive tornadoes are found. Many severe thunderstorms and tornadoes can strike several states.

During springtime and summer, a ‘dryline’ which divides a moist air mass from a dry air mass is crucial when forecasting severe weather. This is beacuse they can produce thunderstorms that can generate tornadoes.
Drylines usually set up north to south and are associated with large scale low pressure systems with a cold and warm front. When weather is severe, the dry line dictates what what places are ‘danger zones’ in the east and can enable us to determine where storms will come. Locations on the west of the dry line generally do not need to fear the impacts of severe weather.

The tropical storms and hurricanes that travel over land occasionally accompany the tornadoes. The most common tornadoes to the right and in front of the storm center route is onshore.

How Do Tornadoes Form?

Before storms occur, the air usually becomes very still and the wind dies down. This is usually followed by a loud roar. There may also be an approaching cloud of debris, particuarly at ground level.

Most tornadoes originate from thunderstorms. Cool dry air from Canada combined with Warm moist air from the gulf of mexico come together creating instability in the atmosphere. Changes in the direction of the wind and increases in height and speed produce a horizontal spin which is invisible. Rising air here tilts the rotation from horizontal to vertical.

A rising air tilts the rotating stand from horizontal to vertical in the thunderstorm updraft.

A 2-6 mile broad rotating region is currently covering many of the storms. In this area of intense rotation, the most powerful tornadoes form.

A lower cloud base in the middle of the picture denotes a revolving wall cloud region. Often this area is almost rainless. In the backdrop, notice rain.

At times afterwards in this location a violent tornado arises. Also with this storm occurred softball grass and destructive “straight line” winds.

Tornadoes Take Many Shapes and Sizes

Myths: Tornadoes are safe in areas near rivers, seas, and mountains.
Fact: Tornadoes are not safe on land. In the late 1980s, a tornado went up and down a mountain 10,000 feet and crossed Yellowstone National Park.
Myth: The low tornado pressures “explode” buildings as the storm passes.
Fact: The most significant structural damage occurs. When violent winds and debris smash the buildings.
Myth: You should open the windows to reduce pressures and prevent damage. Before a tornado approaches.
Fact: Opening windows allows the structure to enter destructive winds. Just leave the windows alone and walk to a cellar, an inner room, or a bathroom without windows.

The weather radar is used to notify meteorologists about storms. Doppler radars around the country may detect aviation traffic. To or from the National Weather Service (NWS) radar. Early identification of increased rotation in a thunderstorm can provide life-saving pre-tornado warnings.

US tornadoes reported and average death number 1961-1993 each year

Be informed About tornado

Listen to the recent tornado WATCHES and WARNINGS. Through NOAA Weather Radio, commercial radio, and television.

The best way of getting warnings from national weather service is NOAA WEATHER RADIO.

The NWS transmits up-to-date warnings and forecasts. That NOAA Weather Radios sold in many store areas can receive. Weather Service Depending on the topography, the typical range is 40 miles. You should purchase a radio that includes battery support. And a tonal warning feature. That automatically alerts you if a watch or warning is given.

For what to hear

Several tornadoes appear just partially to the ground like a visible funnel. Find evidence of debris underneath the apparent funnel.

Certain tornadoes are easily visible while others are covered by rain or low clouds in the vicinity.

Lightning: 75-100 individuals are killed per year

For a copy of the “Thunderstorms and Lightning” booklet (NOAA PA 92053) and the “Flash Floss and Flood. The awful power” pamphlet. Please get in touch with your local National Weather Service. American Red Cross chapter. Or Federal Emergency Management Agency (NOAA PA 92050).

If an alert is issued or if the weather is scary

Each school must have a plan!

Development of a comparative plan for hospitals, hostels and other institutions

You may educate town authorities and the public about tornadoes risks. Through your National Weather Service and the Federal Emergency Management Agency. By learning to safely look for cover while at home, work, school or outdoors, you can prepare for a tornado. You also need to grasp fundamental meteorological conditions and tornado risk signs. Therefore, If you create a plan for you and your family, and rehearse the plan often. Your chances of being safe in a tornado are better.

All risks affecting their area must be prepared for families. Each family is urged to establish a family catastrophe plan by NOAA. The Fédéral Emergency Management Agency and the American Red Cross.
When a catastrophe happens, where will your family be? They might be wherever – at work, at school, or in the vehicle. How are you going to find yourself? You going to know whether your kids are safe? Disasters can compel you to leave or confine your area. If the basic services – water, gas, electricity or telephones – were cut off, what would you do?

To establish a family emergency plan, follow these essential steps…

Talk to your local Weather Service. Civil Defense or Emergency Management and American Red Cross Chapter. Find out what kind of catastrophes might occur and how. Learn the warning signals and strategies of your community for moving away.

Meet your family to develop a plan.

Discuss your collected information. Select two meeting spots. An emergency area outside your home, such as a fire and a place distant from your neighborhood if you can’t come home. Choose an out-of-state buddy. For everybody to call if the family is separated from your ‘family check-in contact’. Discuss what to do if moving away is the solution.

Post phone numbers for emergencies. Inspect your home for potential risks such as anything that can move, fall, break, or fire) and remedy them;

Install safety elements in your home such as smoke alarms and fire extinguishers;

Firstly, teach your families how and when to call 911 or your local emergency health service number. Also, learn about basic safety measures such as CPR and first aid. How to use a fire extinguisher.

Keep in your home for at least three days enough goods to fulfill your demands. Also, pack the materials you may need in the event of an evacuation in a catastrophe supply kit.

INCLUDE A DISASTER SUPPLIES KIT FOR TORNADO DISASTER

A 3-day water supply. one gallon per person each day and food that does not spoil. Also, a change of clothes and shoes per person per day. One sleeping bag or blanket per person. A first-aid package with an NOAA powered NOAA Weather Radio and a portable radio. Flashlight and plenty of extra batteries, medicine emergency supplies. A set of additional car keys and a specific credit card or cash item for children. The elderly, or family members with disabilities.

IV. Practice and keep your schedule.
Finally, ask your family for questions to ensure that they recall places. Telephone numbers, and safety guidelines.